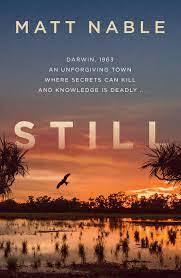 STILL is an evocative, confronting and page-turning thriller from a brilliant Australian writer. If you loved THE DRY and SCRUBLANDS, you will love STILL.

The humidity sat heavy and thick over the town as Senior Constable Ned Potter looked down at a body that had been dragged from the shallow marshland. He didn’t need a coroner to tell him this was a bad death. He didn’t know then that this was only the first. Or that he was about to risk everything looking for answers.

Late one night, Charlotte Clark drove the long way home, thinking about how stuck she felt, a 23-year-old housewife, married to a cowboy who wasn’t who she thought he was. The days ahead felt suffocating, living in a town where she was supposed to keep herself nice and wait for her husband to get home from the pub. Charlotte stopped the car, stepped out to breathe in the night air and looked out over the water to the tangled mangroves. She never heard a sound before the hand was around her mouth.

Both Charlotte and Ned are about to learn that the world they live in is full of secrets and that it takes courage to fight for what is right. But there are people who will do anything to protect themselves and sometimes courage is not enough to keep you safe.

‘Standing there on the porch, she felt the sloshy collapse of small waves breaking over the sand on the beach. She raised her chin and tilted her head toward the sound. She smiled. She didn’t feel stuck in the stillness of the climate like she had done before.’

A redolent and addictive Australian crime fiction tale, Still is the latest release from Matt Nable. This novelist, screenwriter and actor has turned his focus to Darwin in the early sixties, revealing a cesspool of racism, injustice, corruption, oppression, violence and abuse. A rich depiction of time and place, Still is an enslaving crime title from a strong visual novelist.

Based in Darwin in the summer of 1963, Still unveils a series of events that take place in this hot and humid locale. Local Constable Ned Potter is confronted with a dead body in local marshlands. Ned knows that the terrible wounds inflicted on this body indicates that there are bad things operating in the area. The discovery of this body also signals the start of more shocking revelations to hit the community. A young married woman named Charlotte Clark becomes involved in this complex case when she stops at the wrong place at the wrong time. But will this fateful pit stop change Charlotte’s outlook on her unhappy life? Still is a story of secrets, lies, underhanded dealings, self-preservation and courage.

Matt Nable is a known to me only via his screen pursuits, most notably his appearance in the recent box office smash film The Dry, based on Jane Harper’s popular crime fiction novel. Now Nable tries his hand at the crime thriller genre and the Australian outback crime sub-genre with Still. A deep exploration of sultry Darwin in decades past defines this consuming new title. I’m glad I listened to the hype surrounding Still, as I rated this one highly.

A troubled era is depicted very clearly by Matt Nable in his first crime thriller presentation. We immediately grasp the situation at hand in Nable’s Still. We witness a community impaired by violence, abuse, suppression, racism, prejudice, sexism and corruption. Nable plants the seeds for a spectacular downfall for a number of his key players in this novel. It was interesting to oversee the dramatic fall from grace for some of these colourful protagonists. This facet of the novel really consumed me. Nable’s cast are well rendered. I got a good feel for the primary and secondary figures in this novel. These are flawed personalities, but their suspect deeds help to make Still a page turning read.

Racism, prejudice and the unfair treatment of the local Indigenous population are strong themes in Still. As is resilience, silence and suppression. I valued the relationships that were made and broken in this novel. The bond between a local white woman and an Aboriginal man on the run is explored well by Nable. I think the tension and forbidden style relationship that flourishes from the interactions between Charlotte and Michael was a highlight of this novel. In general, I found the dialogue in Still to be very fluid and readable. I seemed to race through Still in a record period of time. I didn’t encounter any issues with pace, but I was a little taken aback when the story seemed to move ahead in time a fair bit in the latter stages, leaving a gap in events and questions for me as a reader surrounding an unresolved storyline. I felt a little ripped off by the conclusion, I wanted more!

The evocative setting of tropical and muggy Darwin seems to smother the reader. With the threat of incoming storms, unpredictable weather patterns and exhausting heat, it leaves even more for these ill-fated characters to contend with. Substantial time in Still is devoted to robust descriptions of the local fauna and fauna, including a female crocodile with a big appetite. Nable never stumbles down in this department, offering his audience a generous line of vivid and cinematic feel prose, which works well to illuminate his location base. This was a starring feature of the novel and tipped Still over the line for me, despite the open ending.

To learn more about the author of Still, Matt Nable visit here. 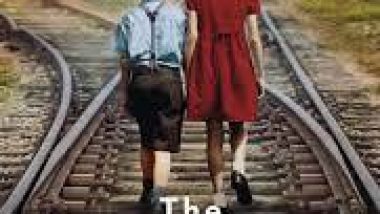