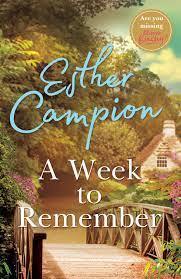 Title: A Week to Remember

With its brightly painted front door, white-sash windows and garden path sweeping down toward the sea, Lizzie O’s guesthouse promises a welcome escape from the world. Aisling and Mick Fitzgerald are travelling all the way from Tasmania to celebrate their wedding anniversary, but Aisling is burdened with a secret that could ruin their marriage. Declan Byrne, exhausted from an unhealthy routine of long hours, takeaway and too much red wine, has spontaneously taken the week off to visit the village of his childhood summers. Katie Daly returns to West Cork after an absence of 35 years to care for her ageing mother only to find she must confront her painful past. Finally, Mia Montgomery is taking this holiday without telling her husband.

Each of this group of strangers is at a crossroads. And one week in the middle of winter may change all of their lives.

‘This week was her chance to think big, set some goals. Somehow find a way out of the holding pattern that had become her life.’

A Week to Remember is an affectionate tale from a reflective and instinctive storyteller. Esther Campion’s third release is a freeing, consoling and soothing story, that I took great delight in reading. A Week to Remember reminds us of the need to escape from the pressures of our busy and pressure filled lives, along with the weight of secrets. It was nice to spend a few hours in the company of this Esther Campion and her cast.

The scene is set for Esther Campion’s, A Week to Remember. The reader is whisked away to a quaint stone farmhouse, nestled on the picturesque Irish coastline.  The first guests of the delightful farmhouse stay are about to learn a thing or two about their lives, relationships, past secrets and choices. We meet a couple who have come from the other side of the world in Tasmania to mark their wedding anniversary. The heavy weight of a gut churning secret has one half of this couple up in arms. Declan is another guest is hoping the farmhouse will provide him with a much-needed sabbatical from his busy life. We are also introduced to Katie, a woman who carries the burden of caring for her mother and facing her the past she has tried to escape from. Lastly, Lizzy’s guesthouse welcomes Mia, a married woman on a secret holiday. As the week progresses, the mixed up lives of these guests will be revealed and future choices will be made as they depart from the farmhouse.

It was a wonderful to return the writing of Esther Campion for a third time. A Week to Remember is the latest release from Campion and it is just as delightful as Campion’s previous two releases. If you are searching for that one feel good and comforting title, this has your name written all over it!

I loved the whole concept of this book. A new guesthouse, ready to welcome a set of first-time visitors, was a fabulous way to begin this thoroughly engaging story. With a wide ranging and dynamic cast, filled with interesting back stories, A Week to Remember is a captivating tale. As the week and narrative unfolds, I began to develop a strong bond with the characters of this story. I appreciated their challenges, woes, issues, celebrations and moments of realisation. By the close of the novel, my affection for these once strangers now friends was very much evident and it seemed a shame I had to say goodbye. I would definitely be keen to catch up with them again!

One of the standout elements of A Week to Remember is the setting. I adore Ireland and I would so dearly love to revisit this welcoming destination again in the future. In the meantime, we are blessed with wonderful novels such as Esther Campion’s new title. I basked in my Irish flavour getaway. Thanks to the beautiful and vivid scenery descriptions offered by Campion, I was able to directly place myself in the grounds of this spectacular guesthouse. I think Campion has placed her characters in the perfect backdrop for a life at crossroads style story to unfold.

Behind the flowery and inviting feel cover is a story that examines some serious themes. From relationships, ageing, care, abuse, infidelity and trauma, A Week to Remember touches on plenty of confronting issues. However, the sense of true compassion and appreciation for what each character is working through is always at the forefront of Esther Campion’s mind. Each character journey covered A Week to Remember is thoughtful, poignant and considerate. It really was a pleasure to meet these guests. I didn’t want to check out!

A Week to Remember by Esther Campion is published by Hachette Australia on February 23rd 2021. $32.99.

To learn more about the author of A Week to Remember, Esther Campion visit here.

*Thanks is extended to Hachette Australia for providing a free copy of this book for review purposes.

A Tea Break with Mrs B: Stella Quinn 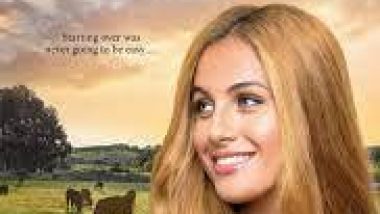