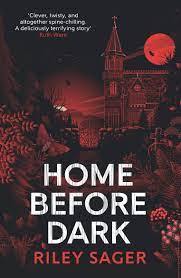 May 1, 2021 Uncategorized No Comments

Maggie grew up in a famously haunted house, her family made millions from selling their story. Now she is back to see whether it was really all a lie, or if there really is a darkness in these walls.

Maggie Holt is used to such questions. Twenty-five years ago, she and her parents, Ewan and Jess, moved into a rambling Victorian estate called Baneberry Hall. They spent three weeks there before fleeing in the dead of night, an ordeal Ewan later recounted in a memoir called House of Horrors. His tale of ghostly happenings and encounters with malevolent spirits became a worldwide phenomenon.

Now, Maggie has inherited Baneberry Hall after her father’s death. She was too young to remember any of the events mentioned in her father’s book. But she doesn’t believe a word of it. Ghosts, after all, don’t exist.

But when she returns to Baneberry Hall to prepare it for sale, her homecoming is anything but warm. People from the pages of her father’s book lurk in the shadows, and locals aren’t thrilled that their small town has been made infamous. Even more unnerving is Baneberry Hall itself – a place that hints of dark deeds and unexplained happenings.

As the days pass, Maggie begins to believe that what her father wrote was more fact than fiction. That, either way, someone – or something – doesn’t want her here. And that she might be in danger all over again . . .

Home Before Dark is dark, mysterious, full of conjecture and disbelief. Dual timelines and viewpoints fill Riley Sager’s novel as an emotional return to a family home from years past signals the revelation of a series of shocking secrets. Thrilling, chilling, nail biting and inventive, Home Before Dark will unnerve you!

Home Before Dark is situated in the present day, but it also travels back in time to twenty-five years earlier. In Riley Sager’s latest we learn how one house managed to hold one family hostage. For Maggie Holt, her childhood was a difficult one, a stint at an old rundown estate named Baneberry Hall impacted Maggie greatly. Despite only lasting three weeks at the Victorian estate building, the trauma inflicted on the Holt family left a mark on their lives for years to come. This relatively short but impactful experience spurned the creation of a non-fiction book penned by Maggie’s father Ewan called The House of Horrors. This family memoir was an instant bestseller, exposing the dark forces, evil spirits and unbelievable occurrences of this haunted dwelling. Maggie has tried hard to move on from the troubling events of her childhood and despite gaining work as a house restorer, the events of Baneberry Hall continue to haunt her. When her father passes away, Maggie is gifted Baneberry Hall. However, in preparing this malevolent house for sale, Maggie begins to witness the same terrifying events from her childhood. Maggie realises she cannot let Baneberry Hall win again as she battles to decipher what is fact and what is imagination.

With every Riley Sager book I read the higher up my reading chain this author progresses. This is the third novel I have read by the Princeton native and I enjoyed it just as much as his previous releases. Home Before Dark is a great tribute to the supernatural and horror genres. Sager’s latest is perfect for readers who appreciate a good spine-tingling tale, Home Before Dark issues plenty of thrills and chills.

I really loved the structure of Home Before Dark. A book within a book story gets me every time and Home Before Dark is no exception. Maggie is a fantastic narrator and although I had my moments when I doubted Maggie’s testimony, I was very much taken with her voice. Maggie’s viewpoint in the present day is exchanged with her father’s perspective, which mostly relays the events of twenty-five years ago, a period in which Maggie’s father Ewan penned his bestselling true account, House of Horrors. Utilising a book within a book formula to expose the Baneberry Hall story is a compelling approach. As the two storylines begin to shadow one another, a frightful history emerges.  With dark forces, malevolent beings, strange sights, piercing sounds and devastating events defining Home Before Dark, many of these occurrences beg belief.

What stood out for me as a keen-eyed reader of gothic fiction was the placement of Baneberry Hall. This shadowy abode is its own person, making the reader stand guard as its secrets and lies are ripped open. Sager does an excellent job of illuminating Baneberry Hall in all its glory, as the reader works with Maggie in the present day to uncover Baneberry Hall’s troubled past. We are taken on maze, filled with psychological mind twists, unbelievable events and extraordinary forces at play. There were some typical horror and supernatural conventions to Home Before Dark that fans for these genres will find appealing. Overall, I enjoyed this dark journey, I was definitely unaware of some of the final shocking twists that were issued to me. Home Before Dark is a psychological thrill ride that I found very satisfying to listen to in audio format.

Home Before Dark by Riley Sager is published by Hachette Australia on September 20th 2020. $35.99.

To learn more about the author of Home Before Dark, Riley Sager, visit here. 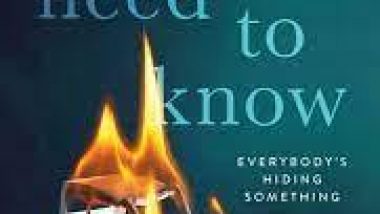 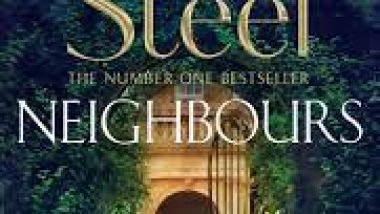