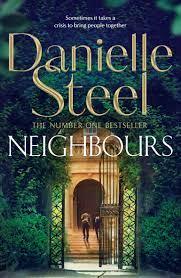 Sometimes a crisis can be bring people together . . .

Legendary movie star, Meredith White, has spent the last fifteen years living life as a recluse behind the walls of her magnificent mansion in San Francisco’s Pacific Heights. She withdrew from public life following the death of her teenage son in a boating accident and blamed his death entirely on her ex-husband Scott for which her daughter, Kendall, never forgave her. Lonely and alienated from her daughter and granddaughter with just the couple who acted as housekeepers, and who she mistakenly trusted, for company, Meredith knew nothing about her neighbours who lived on the same block.

That is until the night a major earthquake stunned the city. Meredith’s stone-built mansion survived the shock, but the imposing Victorian homes in the neighbourhood were mostly wooden structures and were largely destroyed along with the power and gas supplies.
When Meredith opened the gates of her home to help the residents, she also unlocked what was missing in her life. Purpose. Each of her neighbours needed help beyond shelter. Tyla, the wife of a famous surgeon, was the subject of domestic abuse and their two children were consequently suffering. Arthur, a blind concert pianist and Peter, the young lodger who cared for him. And Ava, a model who is made to feel worthless by her rich, self-centred boyfriend. In the weeks that followed, as they spent time together sheltering in Meredith’s home, each of them experienced the rewards and the true spirit of community.

Sometimes good comes out of bad, and it took a disaster for all of these new-found friends to find support, care, trust, and love that had been missing in their lives.

Neighbours, by the world’s favourite storyteller Danielle Steel, is a novel of friendship, support, trust and love and what it takes to bring people together.

A major crisis is what it takes to unite a community in Danielle Steel’s 2021 release, Neighbours. Families under great pressure, tight secrets, individuals on the edge of reason and personal strains define the latest title from number one bestselling author Danielle Steel.

Neighbours introduces Meredith White, a woman who has been disconnected from the world around her following a life altering family tragedy. Once Meredith was the toast of Hollywood, but now she likes to live a simple life. Meredith has lived this way for over a decade now. Meredith’s solitary existence in her San Francisco luxury mansion is how she chooses to exist. But the private pain Meredith holds over her fractured family still haunts her. Life changes for Meredith in a big way when a natural disaster occurs right on her doorstep. A major earthquake sends shockwaves across the city, plunging the residents of San Francisco into panic mode. Meredith is compelled to help in any way she can and the former movie star decides to open her unscathed residence up to her homeless neighbours. Meredith’s generous act sees this recluse reconnect with her community. Meredith finds there are good neighbours, but also difficult neighbours to help. However, each neighbour has their own unique journey to share. As the neighbours bond over their shared experiences, relationships form, support systems are forged and friendships blossom. This changed situation gives Meredith a new lease on life.  It seems like the earthquake was the catalyst Meredith needed to face the challenges of her life.

Danielle Steel kicks off a new year with Neighbours, her first release of 2021. Featuring an interesting lead character, a natural disaster backdrop and a cast of colourful supporting protagonists, Neighbours seemed to have all the makings for another bestseller. Whilst I did find the initial concept and lead character engaging, I struggled to enjoy Neighbours.

Steel does a good job in the early stages of her novel. The popular novelist sets her scene well, illuminating the main San Francisco backdrop very clearly. Steel also takes some time to develop Meredith, the primary protagonist of Neighbours. I did find Meredith very likeable and I was intrigued by her past. I was also keen to follow along to see if Meredith would break free from her solitary lifestyle. I think the initial concept and set up of this novel was sincere, but sadly as the novel progressed it seemed to fall in a heap.

Steel’s plot device of using an earthquake to set in motion a significant change to an individual and community was a creative one. A natural disaster of this inclination is a very plausible situation in America and across various locations around the world. Steel does create a sense of connection in this area for her readers. Steel also taps into our feelings of isolation and disconnection from the world despite our fascination for social media communication. Meredith’s life as a recluse highlights this fact. I’m sure many will be able to sympathise with this area of the novel. Likewise, Steel tackles issues of pronounced masculinity, power, authority, abuse, family violence, loss, grief and tragedy. It is important to highlight these common and saddening issues in written form. However, I will say that this story lacks depth in examining these vital areas. I got the same feeling that I seem to have experienced with many of Steel’s more recent stories, that Steel is telling us about a story idea that she has in her head, rather than develop a flowing story around a concept. I hope that makes sense!

Neighbours attempts to convey some pressing ideas and situations in our daily lives via the impact of a natural disaster, but sadly this is not one of Danielle Steel’s strongest novels.

Neighbours was published on 12th January 2021 by Pan Macmillan. Details on how to purchase the book can be found here.

To learn more about the author of Neighbours, Danielle Steel, visit here.

*Thanks extended to Pan Macmillan for providing a free copy of this book for review purposes. 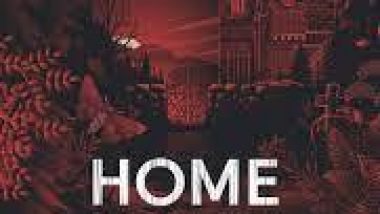 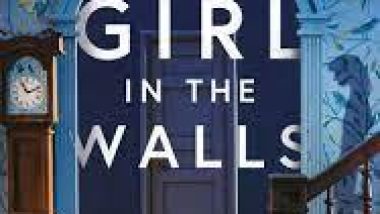