Title: Girl in the Walls

She doesn’t exist. She can’t exist.

Elise knows every inch of the house. She knows which boards will creak. She knows where the gaps are in the walls. She knows which parts can take her in, hide her away. It’s home, after all. The home her parents made for her. And home is where you stay, no matter what.

Eddie calls the same house his home. Eddie is almost a teenager now. He must no longer believe in the girl he sometimes sees from the corner of his eye. He needs her to disappear. But when his older brother senses her, too, they are faced with a question: how do they get rid of someone they aren’t sure even exists?

And, if they cast her out, what other threats might they invite in?

‘The girl knew enough about the house – not only the rooms but the insides of the floors and walls between them – to know a small hole in the house’s foundation that could allow enough space for an animal to crawl in.’

A striking conversation with a friend about the strange creaks and noises we hear in our homes or apartments inspired A.J. Gnuse to pen his debut novel, Girl in the Walls. Gnuse’s creation encourages the reader to suspend disbelief and consider the possibility of a person secretly living in the spaces of a residence. Wild, spine tingling, imaginative, speculative and dark, Girl in the Walls is a new gothic feel novel from New Orleans native, A.J. Gnuse.

Girl in the Walls follows the tragic story of an eleven-year-old girl named Elise, an orphan, who literally becomes a part of her old family home. Elise hides the walls, cracks and spaces of the only place that makes her feel safe, following the loss of her parents in a car crash. But now there is a new family in Elise’s beloved home, will she continue to hide away from the world? A young boy on the cusp of becoming a teenager struggles to come to terms with the visions he has of a young girl sharing the same living space as him. As Eddie tries to lock away these unsettling experiences, his older brother is also haunted by the same visions of the girl who lives in their walls. Will the brothers band together to remove this intruder?

What an interesting concept to kick start a novel. The central idea of this novel – that a person could exist in the spaces of a residence, seemingly undetected from the current residents was quite extraordinary. This is a fascinating hook that did work to reel me into this book from the onset. I am also a very big fan of gothic fiction, so a story categorised as a southern gothic fiction release was bound to get my undivided attention. I was very excited about Girl in the Walls and what it was going to deliver narrative wise.

Elise is the poor tragic soul who we follow closely for the duration of A.J. Gnuse’s first novel. A strong, resolute and determined girl, I admired Elise’s resilience. Girl in the Walls is a coming-of-age type novel, fused with a gothic thriller, with supernatural undertones. Themes of grief, loss, childhood, home, belonging, identity, fear and change seep through Girl in the Walls. It is suggested that this is a creepy, ghostly and frightening novel. I didn’t find it that chilling. However, it did unnerve me to think that a person could remain concealed on your property without your knowledge. Although the figure in question in this particular story is just young girl, the thought that an adult could be roaming around your abode covertly does get under your skin! Gnuse does a good job setting a clear sense of tension and a murky atmosphere throughout his novel.

Characterisation is a strong point in this novel and Elise is incredibly well drawn. The support cast provide a good blend of good versus bad. It was enlightening to oversee the interactions, direct and indirect with the entire cast. The house forms the nucleus of the story and it is a structure that takes on a life of its own. The residence becomes a living entity that both sets the scene and absorbs the characters in the story. Gnuse maintains a tight leash on his novel and although it began quite slowly, the pace picks up to a fast close. Each new chapter sees an layer of the story discarded for the reader to absorb. Thanks to the style of writing of this author, I did feel like quite the onlooker as the shocking events of this tale are revealed. Girl in the Walls features a short chapter layout, with some at just one page. I know I did struggle with the very succinct chapter formatting, it did feel a little disjointed for me. When I discovered that the author is a flash fiction novelist, it seemed to make sense as to why Girl in the Walls is presented in such a curt and condensed structure. The end rolls past with emotion, as the characters come to a shared understanding about their lives and what they have witnessed.

A taut and strained read, perfect for those who want a very individual story that surpasses the ordinary, Girl in the Walls is a unique tale.

Girl in the Walls by A.J. Gnuse was published on 3rd March 2021 by 4th Estate AU – HarperCollins Books Australia. Details on how to purchase the book can be found here.

To learn more about the author of Girl in the Walls, A.J. Gnuse visit here.

*Thanks extended to HarperCollins Books Australia for providing a free copy of this book for review purposes. 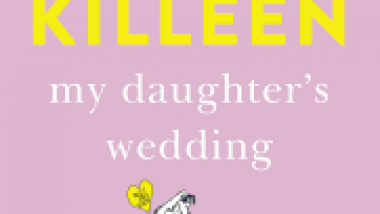